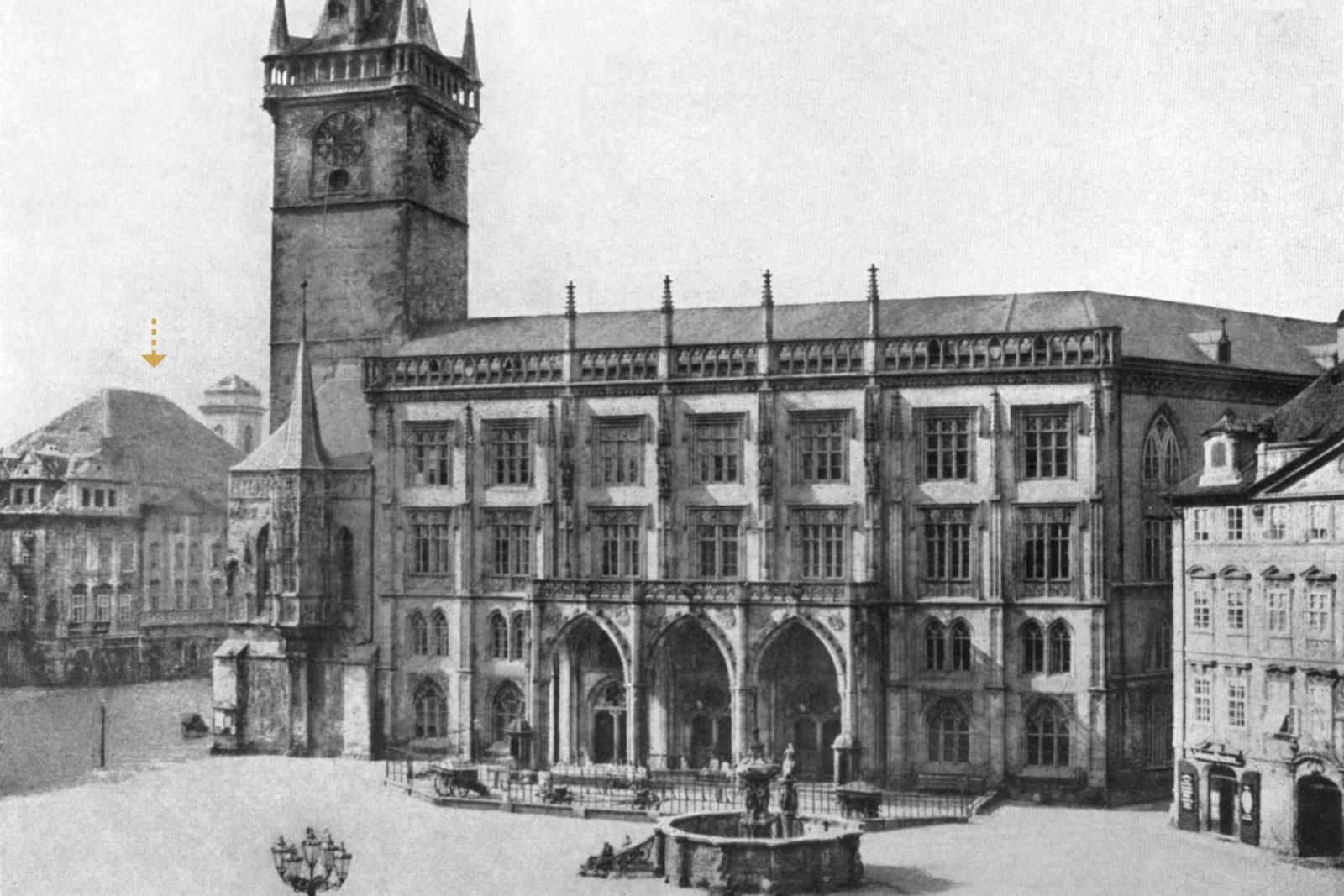 The hotel building has witnessed fundamental moments in Czech history.

In 15th and 16th century it was used as a pharmacy, in relation to the nearby Small square that was a medieval center of this medicine field. In the middle of 19th century, a bookstore was located on the ground floor of the building and it was only in the 20th century that the hospitality industry started to reside here.

The Old Town Square has been the heart of Prague for over a thousand years. This former marketplace, positioned on one of Europe´s most significant trade routes, was transformed into a square in the 12th century when Prague was granted town privileges. It was also in this era when the history of this building, previously also known as Golden or Black Angel´s, began.

The back wall of the hotel is adjacent to former St. Michael´s church, where Jan Hus used to preach at the beginning of 15th century. The building was originally a frequently renovated city house, however, its walls have conservated a lot of valuable structural elements until today, some of them being stone portals and gothic wells.

A delicately reconstructed baroque facade of the Hotel U Prince dates back to the first half of 18th century. That was also the period when the well-known sculptor Ignatius F. Platzer created the statue of st. Florian that now decorates the corner of the building and is a symbol of our hotel.

The history of the building tells us that in 15th and 16th century it was used as a pharmacy, in relation to the nearby Small square that was a medieval center of this medicine field. In the middle of 19th century, a bookstore was located on the ground floor of the building and it was only in the 20th century that the hospitality industry started to reside here.

The Legend of Black Angel's Bar

Black Angel’s Bar and its menu have been created based on the preserved notes and sketches of the early 20th century bartending legend, Alois Krcha. These were discovered during the reconstruction of the building originally named "U Černého Anděla". The bar was built in the 1930´s style of the so-called “public house”, where people from all walks of life used to meet their friends and acquaintances to lift their spirits with a glass of good drink after a hard day’s work. At that time, alcohol was completely and incomprehensibly forbidden!

The square has seen many historically important events take place. In 1422, Jan Zelivsky, one of the leaders of the Hussite movement, was executed here. Similar bloodshed happened on June 21st 1621, when 27 Czech lords were put to death here for standing in the lead of the Bohemian Revolt against the House of Habsburg. Today, you can see 27 white crosses set in the cobble stones in front of the city hall to commemorate this event.

In 1902 a demonstration for universal voting rights took place here. Another important moment was the year 1915 – in honor of Jan Hus, who had been executed 500 years before, a monument in his honor was unveiled. A demonstration also took place here on October 14th 1918, this time demanding independence from the Austro-Hungarian Empire. During Second World War, in the era of occupation by German forces, numerous fights took place at the square, resulting in the destruction of several buildings. The city hall itself suffered many damages – part of it got demolished and the astronomical clock burnt out completely. In 1948, the first communist president, Klement Gottwald, stood at the Old Town Square to announce that the republic would pass under the administration of the communist party. 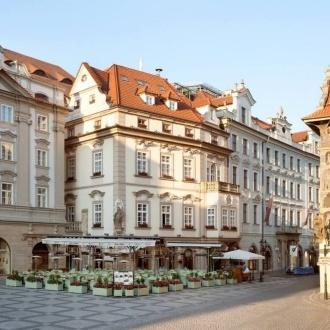 Charming boutique hotel in a 12th century building at the Old Town Square with 24 rooms and 3 external suites.

Rooftop restaurant with one of top 15 views in the world. It is frequently visited by tourists and open all year. 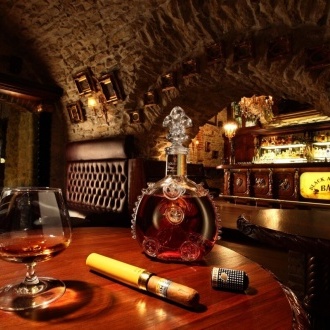 One of the leading bars in Prague and the whole Czech Republic; within top 10 of the best hotel bars on the world. 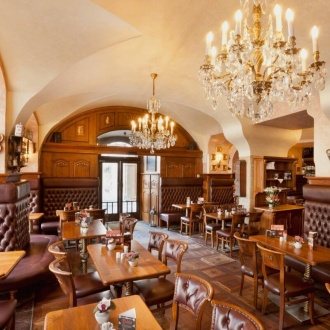 Restaurant with Czech and international cuisine and outdoor terrace at the Old Town Square. Offers live piano music every night.

Hotel u Prince, a remarkable World Heritage Site, is located in the historical heart of Prague on revered Old Town Square, where in times past, both Czech and European history were played out. Other monuments such as Charles Bridge, National Theatre, Wenceslas Square, National Museum and Rudolfinum concert hall, are in the walking distance from the hotel.

We have some limited amount of official street parking lots which are charged by 550 CZK / 24 hrs.

Our hotel is located in pedestrian zone. Please contact our reception for valet parking. If you travel by car, please set your navigation to Malé náměstí 11.